Williams rise towards the top 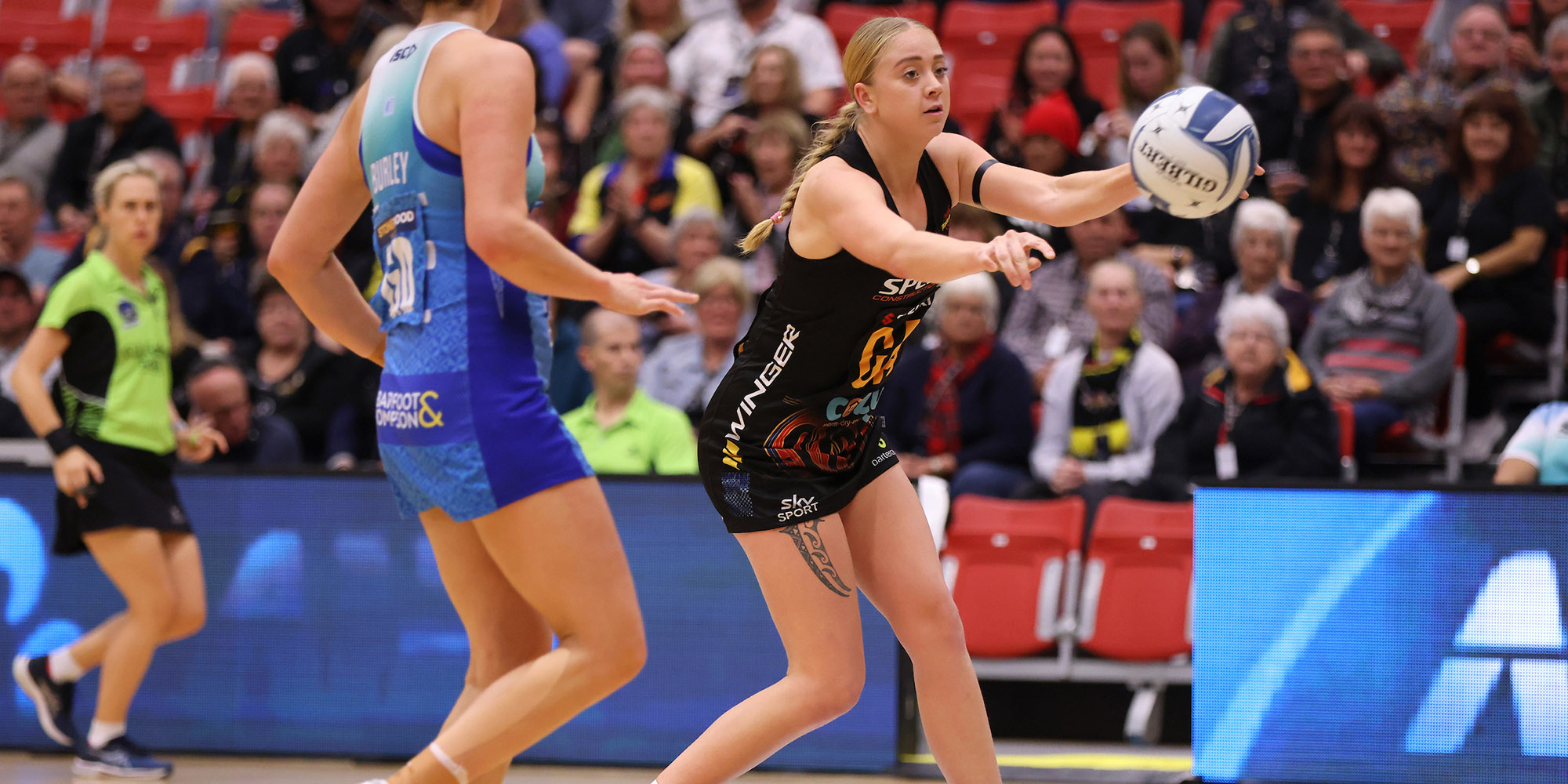 Waikato Bay of Plenty Magic's teenaged shooter Khiarna Williams is wide awake to the opportunities ahead of her.

This year marks Williams’ first year as a fully-contracted member of the Magic, but the athletic shooter has been part of the Magic’s wider squad since 2019, when she was chosen as a training partner for the ANZ Premiership team.

Before graduating from Whakatane’s Trident High School at the end of 2020, Williams would make the trip after school to training two to three times a week, driven by current Magic assistant coach Mary-Jane Araroa.

The drive would take close to three hours one way, time that Williams took to catch up on sleep, according to Araroa.

“As soon as she’d get in the vehicle, she’d be asleep...and then she would just get up and perform for the two hours at training and then back in the car again with me, and off we’d go home.”

Araroa has a special relationship with 18-year-old Williams, coaching her in the National Netball League (formerly Beko Netball League) from 2017 and also picking her talent up in the New Zealand Secondary Schools team.

“She has had to endure some challenges around just turning up to trainings, because of the distance and coming there, but as she’s gone along, she has just got stronger and stronger and we have seen absolute development from her, and that work will continue for her.”

Even at her tender age, Williams is no stranger to the pressure of elite level netball, making the Waikato National Netball League team at only 14.

Playing in a high intensity league at such a young age gave Williams the opportunity to mature as a player.

“Being around women much older than me did kind of push me to be more mature at such a young age but I think it’s been really good because even though I was so young and I did have to grow up a little bit faster, they still let me be me, and be the kid I was sometimes.”

Playing at the Magic alongside Australian Diamonds goal shoot Caitlin Bassett, Williams has the chance to learn from a player who made her international debut when Williams was only five years old.

The support of Bassett has been invaluable, Williams said.

“It’s been awesome...she’s really experienced and she just gives great feedback and she’s really supportive on and off the court. She also asks for feedback as well, which is really good because she likes things going both ways.”

Bassett strictly sticks to the circle in the goal shoot bib, which has given Williams a chance to hone her craft at goal attack this season.

When asked if she had a positional preference, Williams was enthusiastic with her response.

Williams is part of the NZ Under 21 squad, but with the 2021 Netball World Youth Cup cancelled, New Zealand’s brightest young talents are stepping up domestically to prove their skills.

Due to Silver Ferns captain Ameliaranne Ekenasio being unavailable for international duties this year with the impending arrival of her second child, New Zealand currently has a selection dilemma on their hands when it comes to the shooting circle for the Silver Ferns.

With Maia Wilson the only obvious selection choice at goal shoot, the door is wide open for young players to make their mark, but Williams isn’t putting any pressure on herself.

“Ever since I kind of realised that it could be a possibility, I think it’s been there in the back of my mind.

“Because I am so young and I was brought into this environment at a young age, I don’t expect anything to be coming really soon but I do hope that it comes with time.”