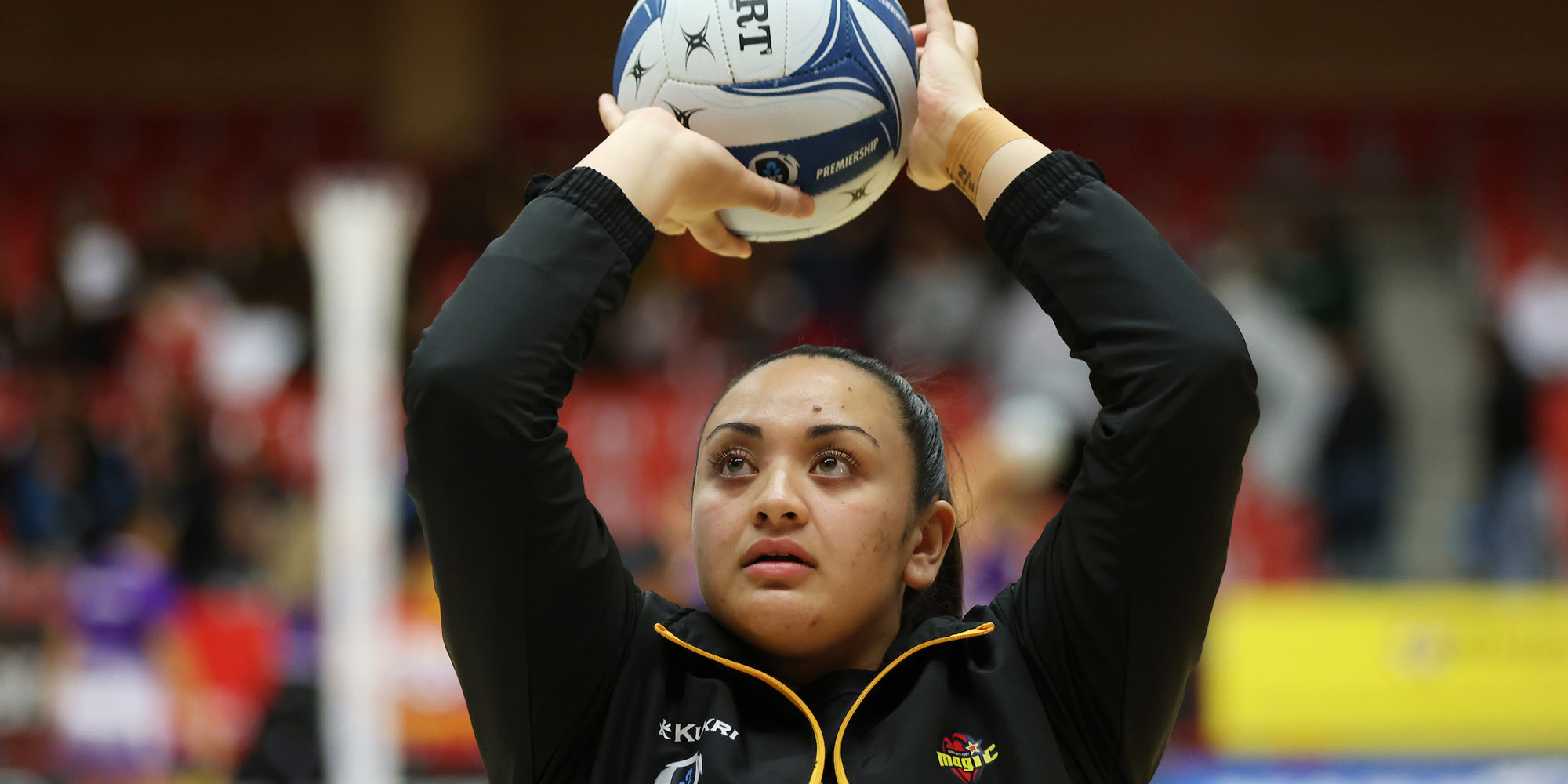 When the Covid-19 pandemic hit the world, 24-year-old Chiara Semple never thought that would lead to her first ANZ Premiership contract.

But her path towards the top has been anything but arrow-straight.

Semple wasn’t offered a contract with an ANZ Premiership team after finishing school and was ready to give up on her netball dream. Her peers at MAGS and in the NZ Under 21 squad were making their way through the New Zealand system while she had come to a halt.

The then 19-year-old decided to look elsewhere and in 2016, moved to the UK to gain experience with the hope that on her return to New Zealand, she’d be chosen in the NZ U21 side to contest the World Youth Cup the following year.

“I always had that in mind until I came back after my second year and the New Zealand [under] 21s team was basically solidified and so I sort of had no chance really to make that team,” Semple said.

With her chances of representing New Zealand at a pinnacle event fading, Semple still wanted to play at an elite level so decided to return to England, much to the delight of the coaches who wanted her silky shooting skills in their under 21 side.

Playing for England alongside current Steel shooter George Fisher in the tournament, Semple injured her ankle in the quarterfinal against Jamaica, ruling her out of the semifinal against Australia and bronze medal match against Fiji, which England won convincingly.

Once recovered, Semple remained playing in England until Covid struck in early 2020, when she came home to Auckland to be closer to family. Semple had always planned to come back home for her netball, but the pandemic gave her the perfect opportunity to return.

“That was always for good, I spent five years there [the UK] and I was really starting to want to be home and even just come home and not play netball, I just wanted to be home so I think Covid was good timing and I did know I was coming back for good because I brought basically all my belongings back.”

With the 2020 ANZ Premiership teams having already started their season, Semple played for two club teams in Auckland and had no intention of pitching herself to anyone until Keenan approached her and encouraged her to put herself out there.

Semple had made a highlights video from her time in the UK while in lockdown and generated interest from two domestic teams, ultimately choosing the Magic.

“When I had conversations with [head coach] Amigene [Metcalfe], I just felt convinced that she believed in me. It just felt right to come to the Magic because also I felt like I lived so far away from home all the time in England that I didn’t want to move forever...it felt like a good move as well and the team sounded really really good.”

Since returning to elite level netball, Semple has seen improvements in her game, playing in all but one game so far, consistently shooting at high percentages from long range and finding great connections with goal shoot Caitlin Bassett, despite a run of defeats for the side.

“I think it’s evolved, like my awareness of the game has really become better. Me just realising what my strengths are as well and always sticking to those, no matter what and I think the physicality too, I feel I’ve gotten used to that as well in my games.”

Due to her participation in the World Youth Cup for England, Semple has been an import player for the Magic this year, but her four-year stand down period ends this year, meaning she will be eligible for national selection.

Semple always kept the Silver Ferns dream at arm’s length but now it could be a reality for the skilled shooter.

“It just feels like a long time coming, like I never thought I could say ‘oh my gosh I can play for New Zealand now’.”