Mikaere relishing her time back in Magic colours 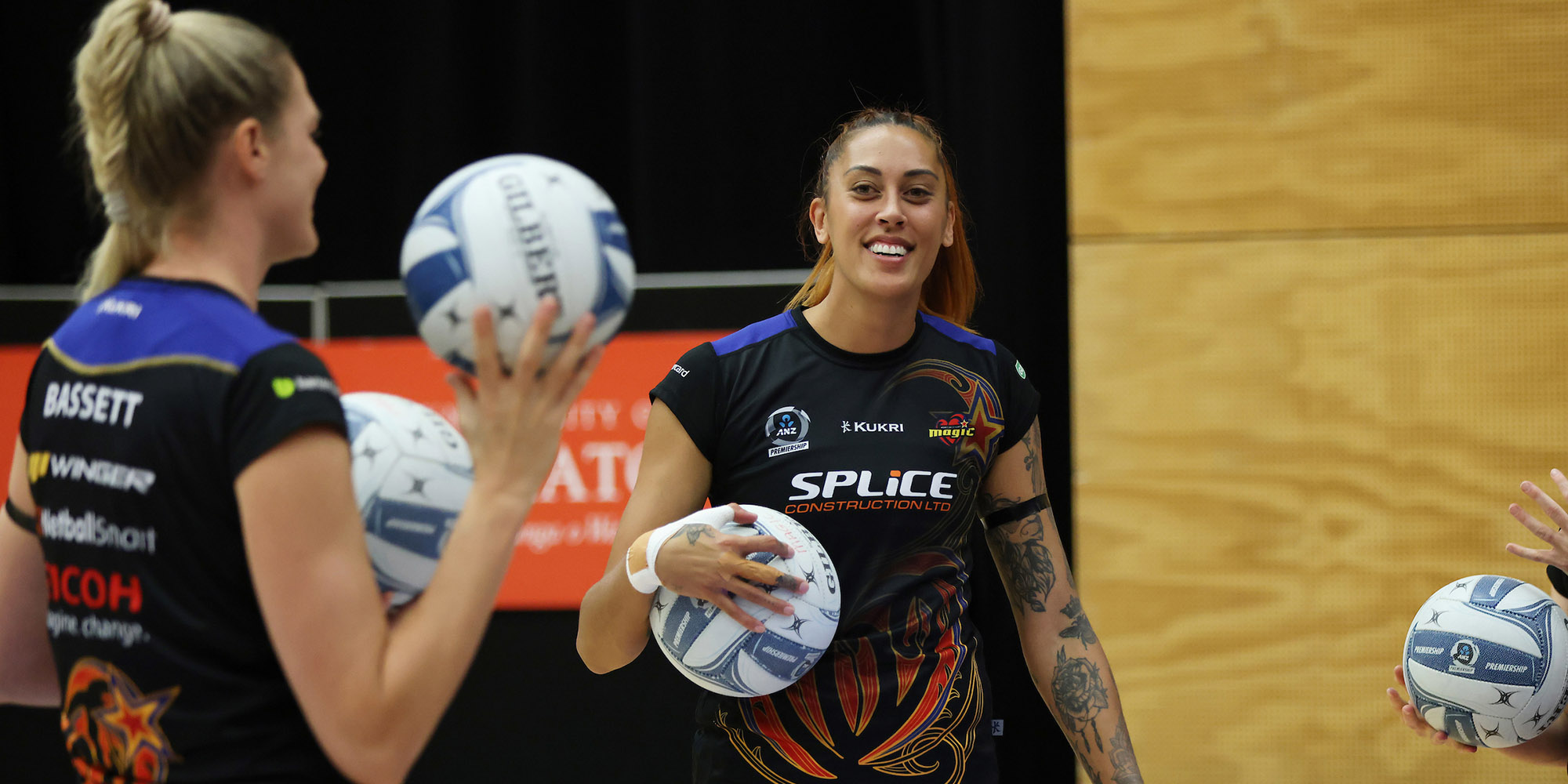 The Splice Construction Magic may be a new look team this year, but someone who is no stranger to success in the Magic dress is defender Erena Mikaere.

Part of the legendary Magic side who won the ANZ Championship in 2012, Mikaere played alongside some of the biggest names in netball - Casey Kopua, Laura Langman, Leana de Bruin and Irene van Dyk.

The only New Zealand team to ever win the trans-Tasman competition was coached by Dame Noeline Taurua and started a legacy for the Waikato Bay of Plenty side.

In 2015, Mikaere became the first New Zealand netballer to play for an Australian team when she signed as the West Coast Fever’s import player. In a bold move for the sport, Mikaere said the chance was too good to miss.

“There was the opportunity to play with Caitlin Bassett, Nat Medhurst, Ash Brazill, April Brandley and they were all such great players, and such an incredible team so I couldn’t say no to the opportunity.”

The Fever didn’t lose a game in their first nine outings, so the challenge of moving away from home paid off with a season well spent developing her game in a successful side.

2017 saw the split of the domestic competitions, and Mikaere chose to stay in Australia and play for the newly formed Sunshine Coast Lightning, coached by Taurua. She split her time between Australia and New Zealand, returning home after the season finished to spend more time with her daughter at home, fully supported throughout her time at the Lightning.

Mikaere described Taurua’s impact on her netball journey as “very influential”, always present even in the background of her career.

The Lightning won both seasons that Mikaere spent at the side, guided to greatness under the eye of Taurua by players such as Laura Langman, Karla Pretorius, Geva Mentor and Caitlin Bassett.

After a lengthy stint over the ditch, Mikaere was drawn back to New Zealand and spent a season at the Mystics before finally making her way home to Rotorua and the Magic in 2020.

Teaming up next to Temalisi Fakahokotau and Georgia Tong in the defensive end for 2021, Mikaere is pleased with the line-up, describing their circle as “very versatile”.

One of the more experienced players in the Magic this year, Mikaere’s voice can always be heard, the defender saying that she can be found “coming on and yelling if that’s what they need.”

When asked if she thinks the Magic team has what it takes to win the 2021 ANZ Premiership, Mikaere didn’t want to be too confident, saying it was “still anyone’s game, there’s no clear team who’s strong and who’s not...depends on the day.”

However, with the leadership of someone who knows what it’s like to win, and to do so in Magic colours, Mikaere can be confident that 2021 will be a good year for the Magic.