Magic looking for a fast start 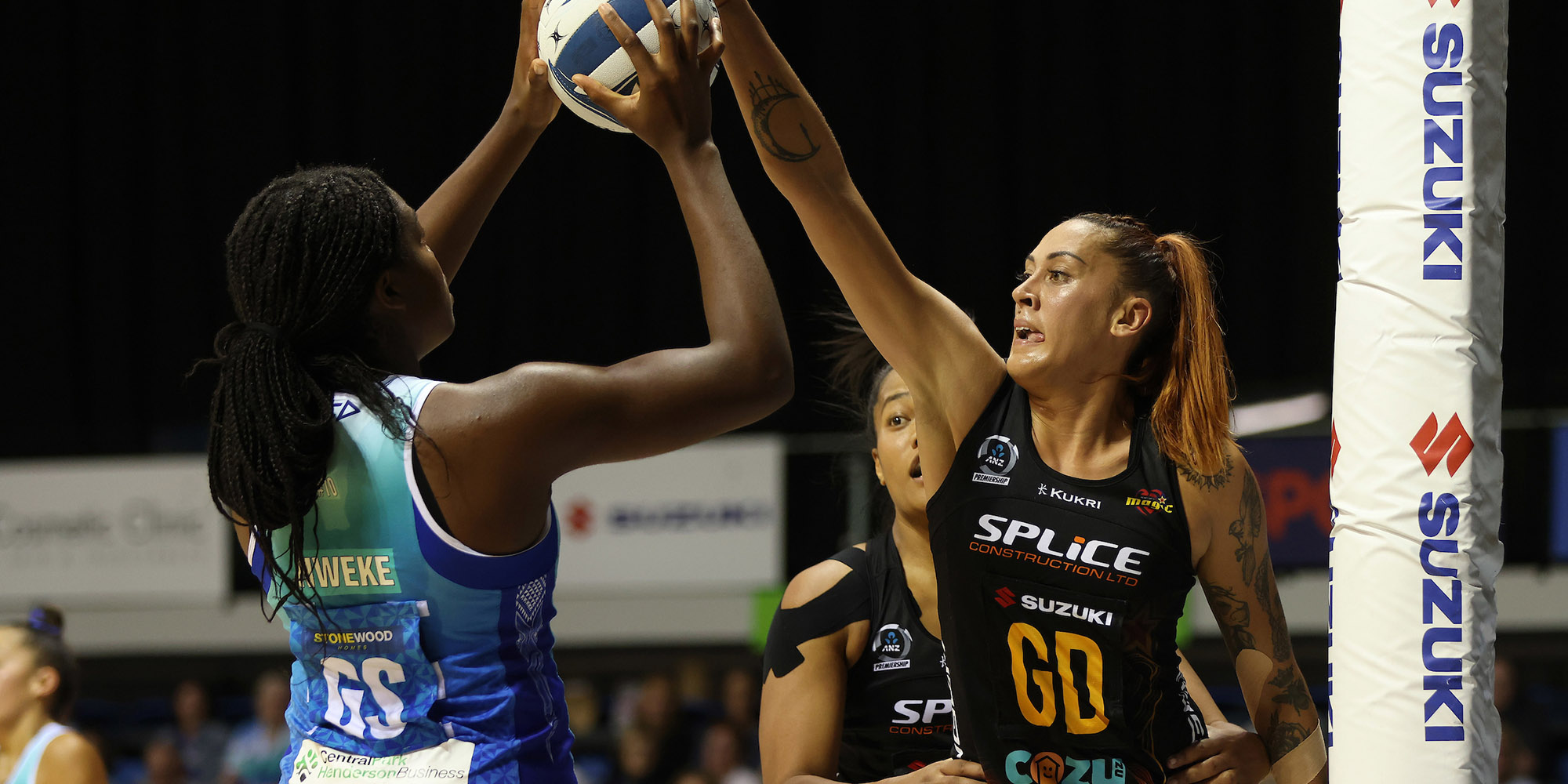 As soon as the whistle blows in Tauranga on Monday, the Splice Construction Magic will be flying out of the gates.

Despite being unable to record a win in their last four outings, the Waikato Bay of Plenty side have identified what they need to do to win, and will be eager to prove it in front of a home crowd.

Magic captain Sam Winders knows how important the start is to their chances of winning, saying “the next time we win a first quarter, I guarantee we’ll win the match.”

Currently bottom of the ladder, the Magic will face second-place holders the Northern Mystics in Round 6 on Monday evening.

The last time the two teams met, the Magic had the upper hand, leading the game from the start, never letting the Mystics take the lead and ultimately prevailing with a 64-60 win.

However, the Mystics have only recorded one loss since, an extra time defeat to the Tactix last round.

The challenge for the Magic will be stopping Mystics goal shoot Grace Nweke. Standing at 1.93m, her midcourters have been feeding her with ease and it will be up to the Magic defensive end to block the easy ball in.

At the other end of the court, the Magic have three strong shooters to do the job for their side - Australian international Caitlin Bassett, the young and athletic Khiarna Williams and the long-range accuracy of Chiara Semple.

No matter what combination coach Amigene Metcalfe puts on court, the Magic are guaranteed to have a high shooting percentage, which could lead them to the win if they treasure possession and get the volume they need.

The Magic will be looking for the support of their home crowd to spur them on and give them the energy for the fast start that they need.

Centre pass is at 8:15pm on Monday night at Trustpower BayPark Arena, with tickets available here