Magic head to the Bay of Plenty 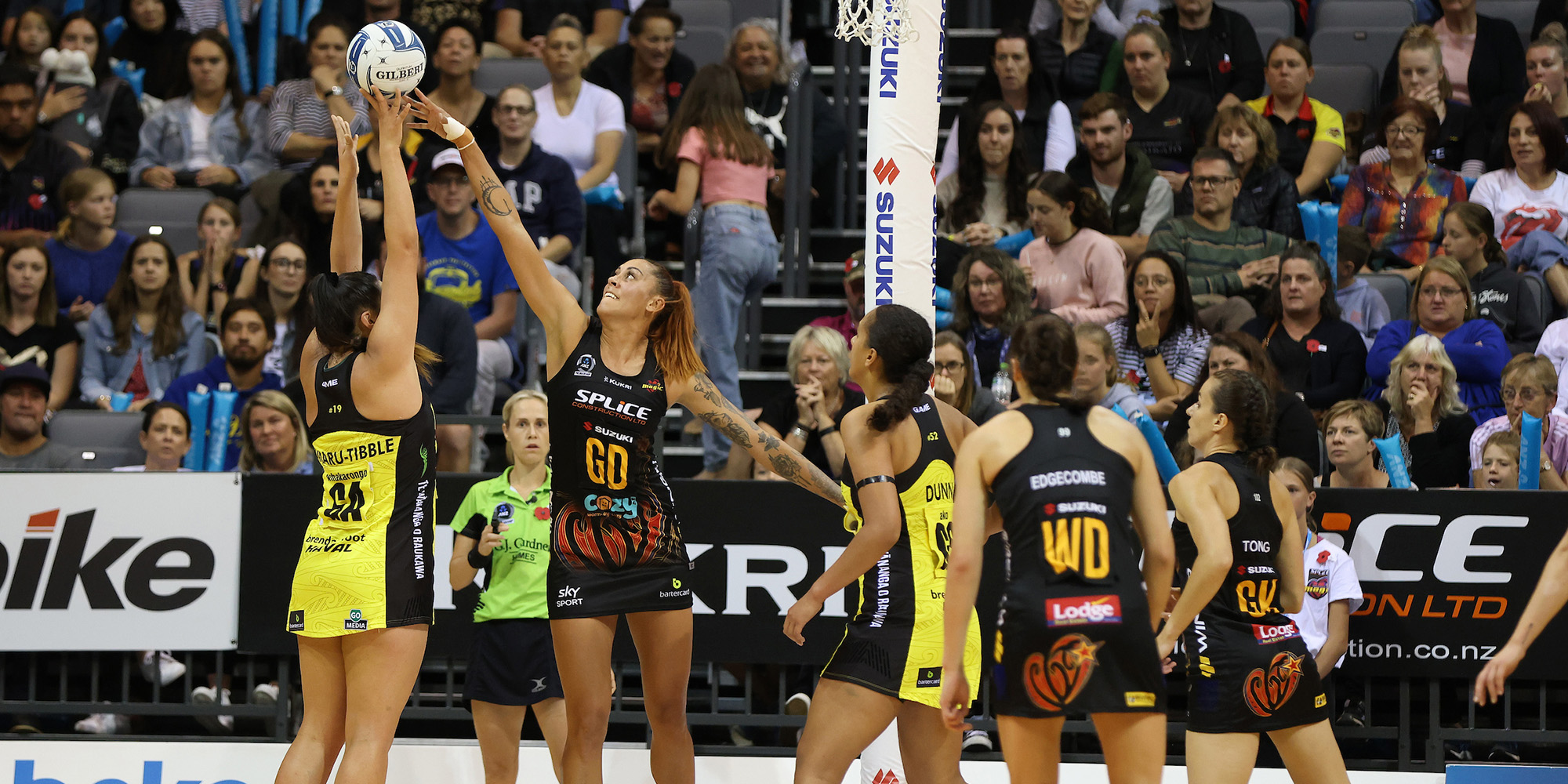 Another home crowd awaits the Splice Construction Magic this week when they take on the undefeated Stars in Tauranga on Sunday 2 May at 6:15pm.

Coming off a 12 goal loss against the Pulse on Sunday, the Magic have a further challenge on their hands against the early favourites of the competition.

Unfortunately the Pulse ran away with the first quarter on Sunday and while the Magic showed good fight back in the final fifteen minutes, the margin was too large and they couldn’t recover.

It was a highly physical contest but you won’t hear any excuses from the captain. Winders said that her side was “definitely tough enough to take it on...we had to just turn fast and get the penalties called when we can because if they’re standing next to you, that’s way better than them being in front of us.”

Winders had good things to say about their performance as well, in particular “the way we were able to work the ball once we got it to circle edge was awesome.”

One standout for the Magic was young shooter Khiarna Williams, scoring 18 goals in the goal attack position. Williams’ athletic talent was on show and her connection with goal shoot Caitlin Bassett will only grow as the season continues.

Looking ahead to Round 3, the Stars will be running high after their 14 goal win over the Tactix and are taking good momentum into the challenge against the Magic. The Magic did not manage a win over their northern neighbours in 2020, recording a draw, and two losses (albeit by small margins) in the condensed season.

Stars goal shoot Maia Wilson has been taking the bulk of shots for her team so far, and the Magic have a trio of stellar defenders to potentially take the goal keep bib - will we see Georgia Tong, Temalisi Fakahokotau or Erena Mikaere step up to the challenge of shutting Wilson’s volume down?

Coach Amigene Metcalfe will also have a tough decision between the athleticism of Williams or the silky smooth shooting of Chiara Semple to face up against the long limbs of Anna Harrison in the circle but neither shooter seem to be phased by any pressure from defenders.

The Magic aren’t a team to sit down and need to come out roaring on Sunday to stop the on-form Stars side. Make sure to secure your tickets and come along to Trustpower BayPark Arena to watch what is sure to be a tightly fought contest.

Who to watch: Georgie Edgecombe

Starting the season by playing two full games at wing defence, Edgecombe is expected to be coming up against the newest national league centurion of Gina Crampton on Sunday. The young defender has a tough battle on her hands but will be ably supported this season, lining up alongside captain Sam Winders in the midcourt. Highly athletic, Edgecombe stood her ground in the rough Pulse game and came up with some great ball for her side. Look to see her strength on defence and speed to loose ball on show this week.