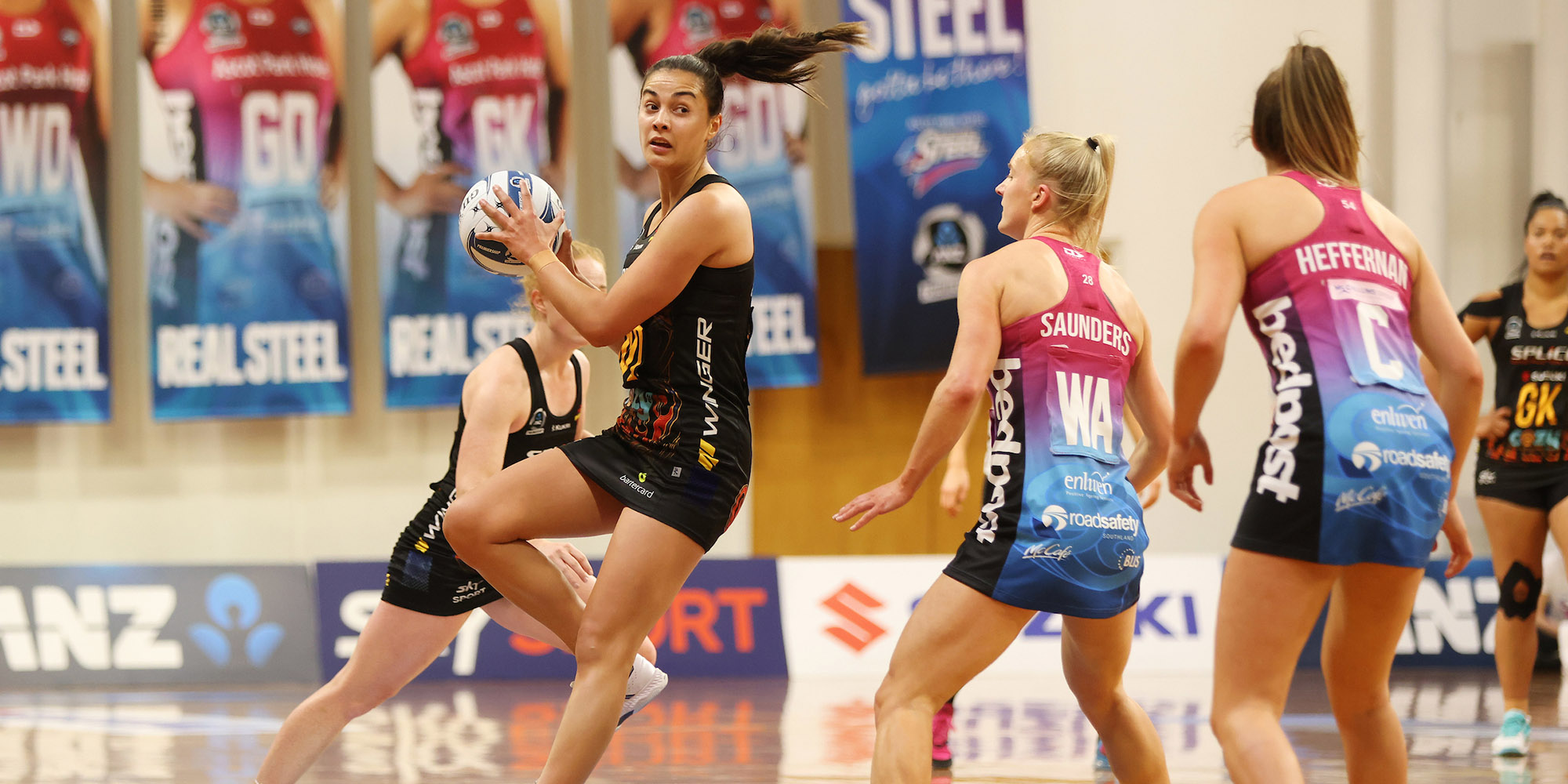 George Fisher clinched the winning shot in the final seconds as Ascot Park Hotel Southern Steel pipped a gallant Splice Construction Magic 59-58 in a riveting contest in Dunedin on Sunday.

In the process, the young Steel team secured back-to-back wins for the first time this season while the Magic, who have not won since Round 1, gained a well-deserved bonus point.

Leading by as much as six during the run to the finish line, the Steel were forced to dig deep as the plucky Magic refused to go away, levelling the scores with 53 seconds left on the clock in a contest dominated by umpire involvement.

However, the closeness of the match-up and Magic’s resurgent second half ensured an exciting spectacle from start to finish.

There were no surprises in a settled Steel starting line-up while the Magic continued to tinker with their options.
Chiara Semple got the nod as the starting goal attack for the visitors with Grace Kara returning to her more familiar wing attack role before a last quarter cameo under the hoop against the Steel had its rewards.

Magic made the perfect start, scoring the first three goals while finding an easy passage to import shooter Caitlin Bassett. The Steel had to show more patience, happy to work the ball around before the openings appeared but things quickly changed.

Continuing her fine season, Steel captain Shannon Saunders was an influential presence with her pin-point passes into the circle while the combined defensive hustle of the team helped the home side secure a string of five straight goals as they took over the lead.

On the back of a growing confidence, the Steel scored freely in a strong run to the first break, the Magic falling away and left trailing 17-12.

Clicking from the start of the season, home side shooters, Fisher and Tiana Metuarau lifted the tempo on the resumption, import Fisher providing the high-quality finishing while Metuarau weaved her magic in setting up play.

Calm and composed, the Steel showed few chinks, the tight defensive work of in-circle defenders Te Huinga Reo Selby-Rickit and Taneisha Fifita, ably backed up on the outside by Kate Heffernan and Renee Savai’inaea, as the quartet combined expertly to make life a challenge for the Magic attackers.

Magic defenders Erena Mikaere and Temalisi Fakahokotau had their moments, but the finesse of the Steel shooters ensured the home side enjoyed a 33-26 lead at the main break.

Scoring the first five goals while keeping the Steel scoreless for nearly four minutes, the Magic couldn’t have asked for a better start to an eventful third stanza. With imposing defender Fakahokotau successfully picking off turnover ball, the home side’s shooters went through a shaky patch.

With the teams going goal-for-goal, the Steel clung to a tenuous two-goal lead. Georgia Tong replaced Fakahokotau but didn’t last long, an accidental head knock forcing her off court and the Magic having to rearrange their defence line.

With Semple adding great support for Bassett under the hoop, and missing just one of her 20 shots, the Magic were poised to pounce but it was the Steel who finished the stronger, pushing out to a 46-42 lead at the last break, leaving the game in the balance.