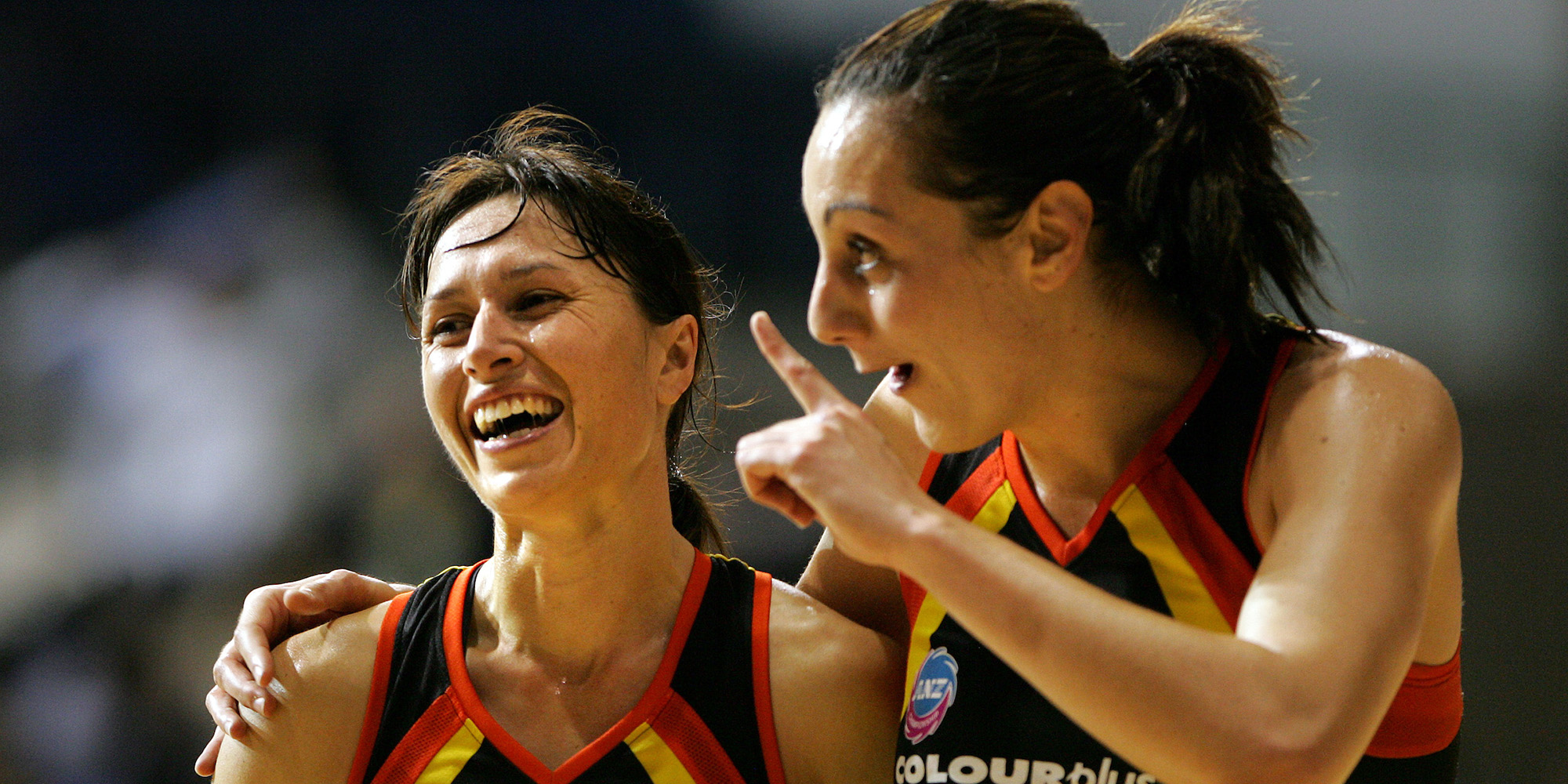 The Splice Construction Waikato Bay of Plenty Magic will be looking to emulate the success of past Magic sides when they take on the Stars in the ANZ Premiership Heritage Round this week.

Two people who know all about success in the dress are Magic coach Amigene Metcalfe and Stars coach Kiri Wills.

Metcalfe was the franchise’s first captain in 1999 and is officially Magic player #1, spending her entire career in the Waikato/Bay of Plenty region.

“I’ve always been a Waikato girl and it definitely never crossed my mind at that time that I would ever play anywhere else or consider playing anywhere else.”

In 2005, Kiri Wills made the move south from the Auckland Diamonds. After connecting with Noeline Taurua, the coach of the Magic at the time, Wills signed with the team for two seasons in which she lined up alongside some incredible names.

“I was fortunate enough to be in a really successful team at that time with Magic, we had Casey Kopua, who was then Casey Williams, and Laura Langman who were the young, up and coming stars and we had Irene van Dyk, so it was a pretty amazing team to be a part of.”

The Magic won both seasons that Wills played with them for, under the knowledgeable Taurua as coach and Metcalfe as captain.

“In my career, I’ve had a lot of captains...and Amos [Amigene] was our captain alongside Irene and I have to say they were the best captaincy duo that I ever played under, they’re just really transparent and clear and fair and very much team-orientated and had really high standards.

“But I think it’s the way they led those high standards that set them apart, it wasn’t cracking the whip, which back in those days was pretty much stock standard, your leaders would be giving you a bit of grief...they led in a manner that never made you feel like you were doing something wrong but they definitely pointed it out if you weren’t doing things right but they did it in a way that you grew from it and you felt good about it and you moved on.”

Amigene remembers Wills as a great team player that helped the side lift from two third place finishes in previous years to the top of the championship two years in a row.

“She was actually a really cool team person, really positive and supportive of everybody that was there. A pretty clever netballer, had these great touches on her feed and had come from a shooting background but was a midcourter for us and she was just a really cool person to be in the team with actually.”

Metcalfe acknowledges that the Magic’s history is something very important to the team, “we talk about it all the time actually, not just because it’s Heritage Round, but it’s a massive part of who we are”, but that she also wants her side to create their own legacy going forward.

For the newest elite team netball team on the block, the Stars are already making a name for themselves, especially this season where they are unbeaten after four rounds. While Wills admits that it is tough coming up against teams like the Magic, who have a long history behind them, she also can see the positives of being a newer team.

“Sometimes I think history is a great thing to show you the way, but sometimes it can hold you back too, in terms of progress so there are pluses and minuses to both I think. I feel that all teams definitely play to their strengths and our strength is that we can react and do things the way we want to...we can get out there and be who we are.”

Wills brings up her 50th match as coach of the Stars on Monday, up against a strong Magic side playing in front of a home crowd in Tauranga.

“What better way to celebrate it than up against a team that I have a lot of respect for so really excited about getting down there and playing them again.”

Trustpower Baypark Arena will host the clash at 8.15pm on Monday - get your tickets now to celebrate the Magic’s legacy and be part of history in Heritage Round.