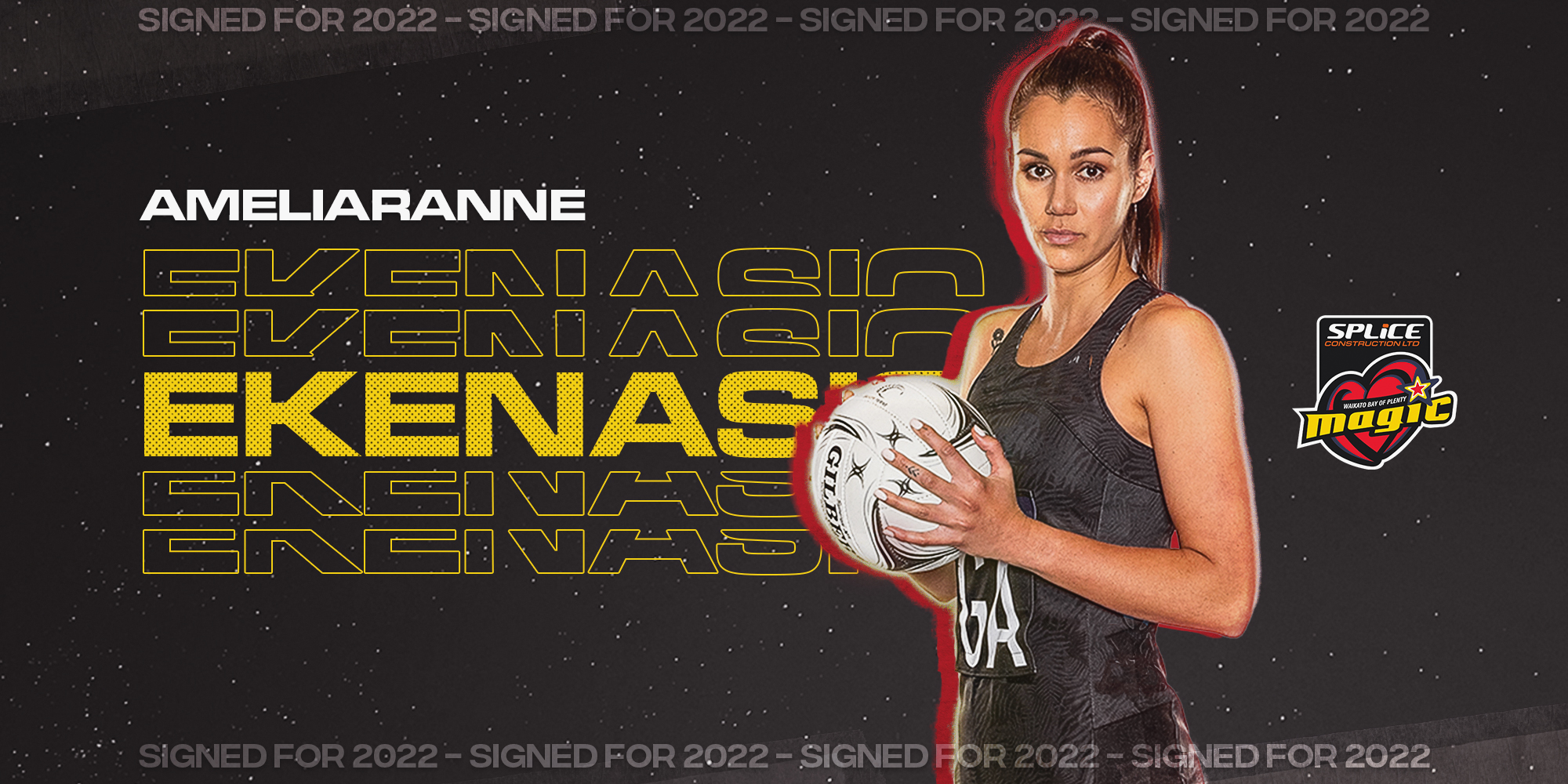 Silver Ferns captain Ameliaranne Ekenasio will return to elite netball next year after signing with the Splice Construction Magic for the 2022 ANZ Premiership.

The star shooter, who is on maternity leave and due to give birth to her second child later this year, will wear the Magic strip for the first time, shifting north from the Pulse after six seasons with the Central side.

Ekenasio said it had been a difficult decision to make having to weigh up the move with a newborn but she was looking forward to the new start with the Magic and returning to New Zealand’s elite domestic league having spent much of the year watching the ANZ Premiership from home.

“I’ve never been more motivated to get back into the game although obviously there will be plenty of changes for me with a new team and a new family member,” she said.

“The Magic and the people involved have an environment that I feel are really going to support me as a high performing athlete and a mum all in balance. This is an opportunity for me to grow my own game with different combinations, help nurture those around me and create something exciting with a new franchise.”

“The Magic have a fantastic family culture and that support both on and off the court helped with my decision and this new chapter in my netball career. I believe the more we can continue to grow our capacity to support returning mums the more experience and leadership we keep in the game and then in return giving back to the sport that we dedicate our lives to. This move is a fresh start where I feel hugely valued in what I bring across all areas and I’m really looking forward to taking those next few steps back onto court.”

Ekenasio had been with the Pulse since 2015, moving across from Australia the year before when she also made her Silver Ferns debut.

“I am grateful for the opportunities that I had with Te Wānanga o Raukawa Pulse, the amazing group of athletes I’ve had the privilege to have in my life, the ongoing relationships I’ve formed with sponsors and the fan base in Wellington, but now is the right time for me to move forward and grow with new experiences” she said.

Ekenasio’s game reached a new level at the Netball World Cup in Liverpool in 2019 where she played a key role at goal attack during the Silver Ferns' successful campaign.

She has also helped the Pulse to back-to-back ANZ Premiership titles (2019 and 2020) before sitting out this season due to pregnancy.

Magic coach Mary-Jane Araroa said she was delighted to be able to work with the world champion shooter.

“Ameliaranne brings not only leadership to our shooting circle but that trademark confident long-range shooting and a real athleticism to the attacking end,” she said.

“She brings that winning knowledge with her and an extensive experience at both the domestic level and international play.

“We’re really looking forward to helping her find her feet again on the netball court when she returns from maternity leave and welcoming her into our Magic whānau.”

Magic General Manager Gary Dawson said the club was thrilled to have Ekenasio wearing the Magic strip for the 2022 ANZ Premiership.

“Ameliaranne is a world class player who brings something special to the game every time she steps on court. We have seen her play a big part in winning netball’s major spoils including the Netball World Cup, Constellation Cup and ANZ Premiership and now our fans will have the chance to see her wearing Magic colours.”