A bright start for the Magic 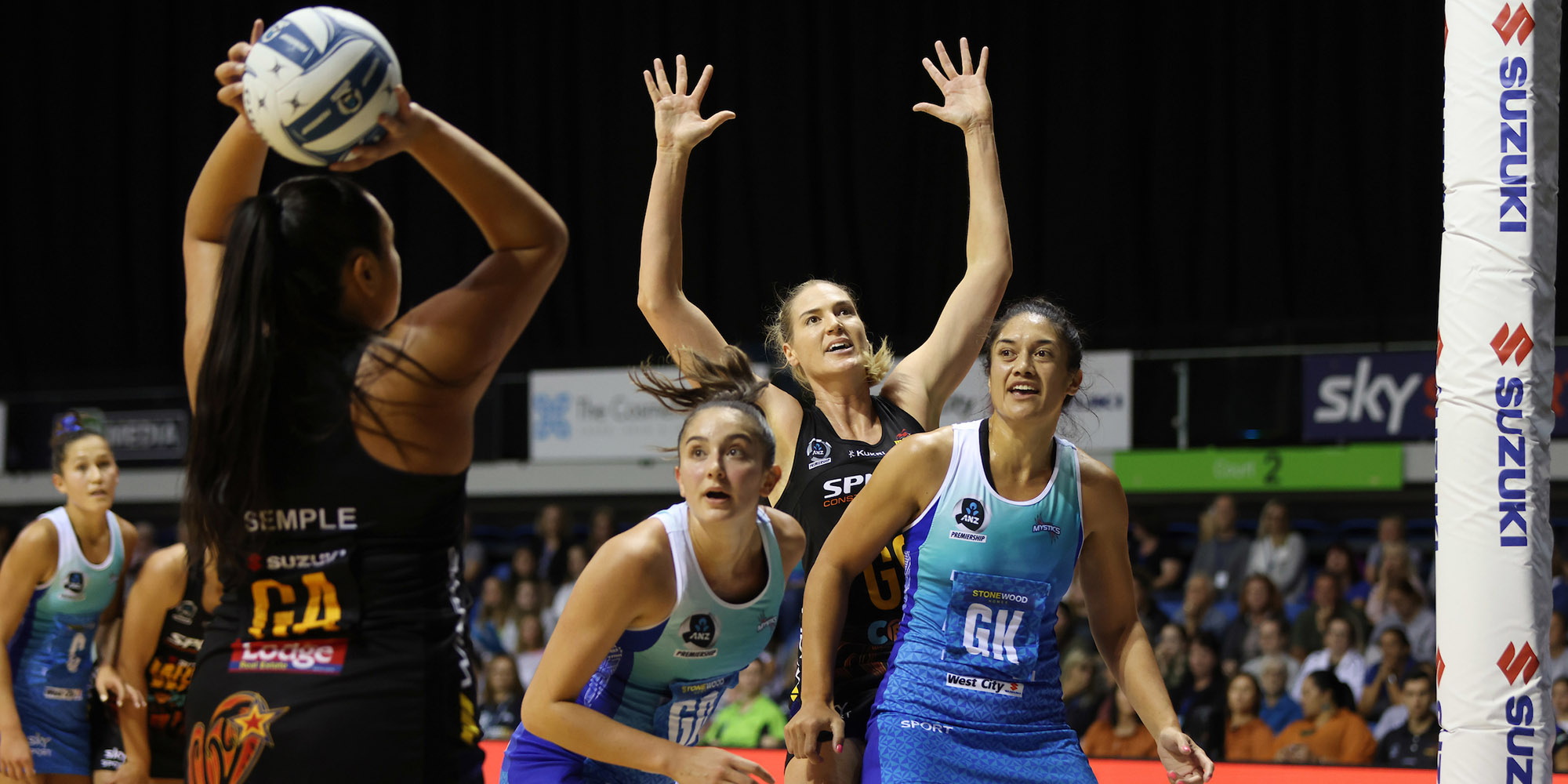 The Magic are back at home in Round 2 and looking to continue their winning streak as they take on the Pulse at Claudelands Arena on Sunday 25 April at 6.15pm.

Monday night saw the Magic win 64-60 over the Mystics which was a stronger start than 2020, but it wasn’t as comprehensive as the side might have wanted.

Little errors crept into the Magic’s play in Round 1, something the side will be addressing before they suit up against the Pulse.

Defender Erena Mikaere said the win was a good start but the side needed to work on “getting rid of those little mistakes, working on the minor things.”

Returning to the Magic after three years away, Grace Kara played a full game at wing attack and had three new shooters to feed.

While the Magic tended to go for the safe circle edge feed, look for the feeds to get more daring against the Pulse, especially to goal shoot Caitlin Bassett.

On her connection with her old trans-Tasman rival, Kara said that “the connection has come a long way but I definitely think there’s potential for more...she’s a great asset. We’re still playing the short option in order to promote that long [option] but I think we can still grind it out a bit more and create more of that.”

Round 2 sees the Magic face off against reigning champions the Central Pulse who had their first ever loss against the Stars in Round 1.

Losing crucial defenders Katrina Rore and Karin Burger this season, the Pulse defence will have a challenge on their hands, coming up against the experience of Bassett and also the athleticism of Khiarna Williams and level-headed Chiara Semple in the circle.

The Stars defence did well to put pressure on Aliyah Dunn during their historic win, which is something the Magic circle defenders will need to replicate to stop the scoring flow of the Pulse.

With Pulse captain Ameliaranne Ekenasio sitting out this game, Mikaere, Temalisi Fakahokotau and Georgia Tong have the chance to step up and win valuable ball on defence.

Magic captain Sam Winders was busy last game, finishing the game on an impressive 51 feeds and coming away with the MVP award and will be sure to lead her team with confidence for what is shaping up to be a hard-fought season.

After an exciting win to start the season, be sure to come along and catch all the action live - buy your tickets now!

Who to watch: Chiara Semple

Making her ANZ Premiership debut, Semple scored the Magic’s first five goals under immense pressure and carried that cool head throughout the match, scoring 16 goals, most from long range. Possibly underestimated by defenders in favour of trying to stop the long feed into 1.96m Bassett, Semple had free range in the circle and impressed with her ability to sink the long shots when it counted. Likely to match up against the long limbs of Kelly Jury on Sunday, keep your eyes on this match up.